What are Generative Adversarial Networks (GANs)?

In layman terms,“GANs are a system that pits two neural networks against each other to improve the quality of their results”.

A GAN is an Artificial Intelligence (AI) & Machine Learning (ML) -based generative model that is trained using two neural network models. One model is called the “generator” or “generative network” model that learns to generate new plausible samples. The other model is called the “discriminator” or “discriminative network” and learns to differentiate generated examples from real examples. 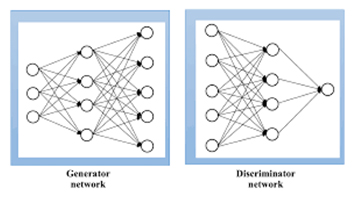 The two models are set up in a contest or a game (in a game theory sense) where the generator model seeks to fool the discriminator model, and the discriminator is provided with both examples of real and generated samples.After training, the generative model can then be used to create new plausible samples on demand.

For example, a GAN trained on photographs can generate new photographs that look at least superficially authentic to human observers, having many realistic characteristics.

As per Wikipedia, generative adversarial network (GAN) was first designed by Ian Good fellow and his colleagues in June 2014, as a class of machine learning frameworks. Two neural networks contest with each other in a game, in the form of a zero-sum game, where one agent’s gain is another agent’s loss.

GANs are similar in concept to “mimicry” in evolutionary biology, with an evolutionary arms race between both networks. GANs are one of the most interesting new concepts to appear in the AI & ML field in recent years and one can expect to see many exciting new applications based on it, in the near future.

What is a recent popular example of GAN – based application?

Marvel’s Avengers fans would already be familiar about GANs! GANs were in full display in the popular Avengers movie (Age of Ultron), where in Tony Stark aka Iron Man’s Jarvis ( “good” neural network) was pitted against Ultron (“evil” neural network). As with “mimicry” in evolutionary biology, Ultron evolved from Jarvis by learning from it and ended up becoming a stronger but evil version.

Jarvis (Just A Rather Very Intelligent System) was the first AI program created by Tony Stark, for taking care of the overall security of him and his home. Later Tony Stark also created Ultron as a peacekeeping AI program, with the hope that it could replace the Avengers and fulfil the role they have in protecting the Earth. Unfortunately, Ultron kept learning from Jarvis,quickly became corrupt and attacked Jarvis, severely crippling it and then escaped through the Internet!

What are the application areas of GANs?

In May 2019, researchers at Samsung demonstrated a GAN-based system that produces videos of a person speaking, given only a single photo of that person.

In August 2019, a large data set consisting of 12,197 MIDI songs each with paired lyrics and melody alignment was created for neural melody generation.

In May 2020, Nvidia researchers taught an AI system (termed “GameGAN”) to recreate the game of Pac-Man simply by watching it being played.

In context of Defence applications, GAN can be used for blurry target classification (e.g., tanks, aircrafts, drones, etc.), involving a generator to directly generate large high-resolution images of these from small blurry ones and a discriminator to distinguish not only real images vs fake images but also the class of targets.

A very interesting and exciting aspect of application of GAN is in the emerging field of Digital Twins. GAN is a suitable candidate for Digital Twin development due to its efficiency at inference time and the generative nature of the model.

What are the risks associated with GANs?

There are concerns about the potential misuse of GAN-based human image synthesis for illegal and immoral purposes, e.g., to produce fake, possibly incriminating photographs and videos. GANs can also be used to generate unique, realistic profile photos of people who do not exist, in order to automate creation of fake social media profiles.

In 2019, the State of California considered] and passed on October 3, 2019, the bill AB-602, which bans the use of human image synthesis technologies to make fake pornography without the consent of the people depicted, and bill AB-730, which prohibits distribution of manipulated videos of a political candidate within 60 days of an election. Both bills were authored by Assembly member Marc Berman and signed by Governor Gavin Newsom. The laws went into effect in 2020.

Disclaimer:The contents of this blog are authored purely in an individual capacity and based on the personal opinions of the author.

Mr. Subham Sarkar can be contacted at: 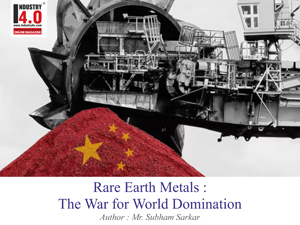 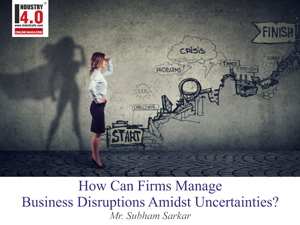 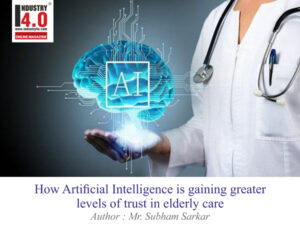 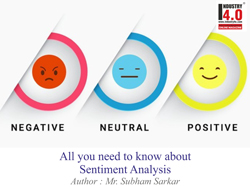 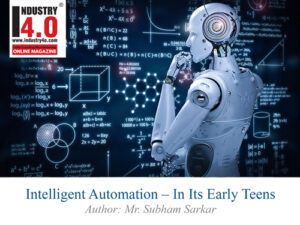 Shift-Left Testing: What It Is and How It Works

Be mindful that Industry 4.0 is a mind boggling revolution

0
FEATURED
Begin with the end in mind We sense a great change in affairs, an overthrow of established political, economic, and social systems – that is...