GMCV 2030 (Global Manufacturing Cluster Vision), one of the premier CEO conclave for manufacturing in South India, was held on Friday, 7 June, 2019. This was part of the INTEC, the biggest manufacturing showcase in India organized by CODISSIA.  INTEC has always brought together a congregation of various Industries exhibiting their finest innovations and services at CODISSIA Fair Complex Coimbatore for a period of 5 days. The conclaves agenda is set by manufacturing leaders, for the CEO’s of manufacturing companies.

GMCV 2030 conclave, serves more than a knowledge sharing platform and lay’s the future roadmap for the CEO’s of the Indian manufacturing industry. The conclave is organized biennially by Texas Ventures in association with CODISSIA. This year  over 350 leaders from the manufacturing industry had assembled at the Radisson Blu, Coimbatore. The agenda was simple – make true the promise of making Coimbatore the global hub for manufacturing by 2030. There is a request in place for the next GMCV 2030, to accommodate more business owners, as this time the numbers were restricted to 350 business owners.

Lets quickly look back with what insights were unveiled at GMCV2030. Starting of the proceeding was Mr. R. Ramamurthy, President- CODISSIA proposed a new framework, where manufacturers can position themselves for a comprehensive global competitive advantage.

Mr. J Balu, Chairman – INTEC 2019 stated during his Vision Statement, that pushing for a culture of innovation, will be the way forward.

Mr. K Ilango, Managing Director – RSM Autokast Ltd, was quick to get the methods and the actions required to capitalize on the opportunities that lie ahead during his inaugural address. There is a passion for manufacturing and Coimbatore continues to play the role of a key manufacturing hub. What would the future look like?  Two-word answer is Rapid Change!

Dr. Jairam Varadaraj,  Managing Director – Elgi Equipments, was the conference chairman for GMCV 2030. During the speech on Fostering Growth in Manufacturing through Innovation, interesting notes from the speech that were shared were numerous. How India never invaded other countries, although we were invaded many a time. What became clear, is the SME from Coimbatore and the south, will have to look beyond our shores, by offering our manufacturing solutions to the world.

GMCV 2030 was blessed to have Padma Shri M.K Narayanan, the former special advisor to the Prime Minister of India as GMCV 2030. He shared insights from his 6 decades of experience in the government. During his brief interaction with participants, he highlighted that India’s growth trajectory has mostly featured in the small-sized cities rather than a large metropolis. The liberalization window was small, hence we couldn’t catch up with China on large growth. Now, this could be our window to make the manufacturing count in India.

Outstanding Scientist, Mr. V. Balamurugan – Director – CVRDE, DRDO, showcased the massive opportunities in defence components and how Arjun Tanks components are sourced locally from SME’s. DRDO is now inviting tenders with companies with the capability to pull in a partnership. In addition, there is a technology development fund, which has just been instated.

Soon after that evening belonged to, Dr. Udayant Malhoutra, CEO & Managing Director – Dynamatic Technologies. His company is the world’s largest gear pump maker. Now they are talking about every 3rd agricultural tractor made on the planet being factory fitted with a dynamatic gear pump. What drove that success of the company which faced massive debts and losses when it started out? One major reason was their push for manufacturing plants in the UK, North America, and India. The tried solving a supply problem, which was the customer wanted more performance from the pump, but they weren’t willing to pay more.  They had to use design thinking in every aspect to get ahead of the competition. The purpose was not to be yet another aerospace manufacturer, but one that could adapt technology and design thinking.

GMCV 2030 had Mr. Thyagu Valliappa (Executive Director – Sree Valliappa Group of Companies),  as a guest of honor. He has been ever passionate about, “Robotics & Automation – Future of Manufacturing” . What he showcased was how his college was able to get 100 % placements sectorally, that is mechanical engineers go into a core manufacturing company. In addition, they reduced the gap between academia and industry. This was also possible, as they commenced projects on DRDO and other marquee projects.  Upskill has been the mantra to push for high-end growth.

Mr. Sunil Bangalore (President – CyQureX, a Hinduja Group Company) led a conversation on protecting the intelligence, that we have in the manufacturing process. The only way to build resilience is to protect and adapt. There are myth’s to be broken, on using cyber. Cyber stands for the culture of information and technology, which is integral. The single step to start out is with a question being, can we protect our valuable information?

The immediate past president of CODISSIA, Mr. V. Sundaram, took the audience at the conclave, a walk down memory lane by showcasing the journey of CODISSIA up to the golden jubilee year.

What followed next was the biggest classic moment at the conclave, when all the past presidents and the founding president of CODISSIA were honored for their work. It was a moment to behold as all the stalwarts were present under one roof. CODISSIA what it is today, is because of the work of past presidents and founder president. The honoring ceremony was led by D.K Karthikeyan – Director Projects – Texas Ventures.

It was an impactful conclave and Mr. P. S. Devaraj, Director – Khazyen System India summed it up well. The power of most discussions at GMCV 2030 was centered around building innovation by weaving it into the work culture at every SME. The idea was to challenge the status quo, by understanding the limitations and researching for methods to go beyond the set limitations.

Finally unveiled at the conclave was the next year’s event “ Small is Big, Conclave and awards”. To be held on Friday, May 22nd, 2020. The sectors in focus for the next year’s conclave will be Defence and Aviation.

To Watch the complete Event please click the below image 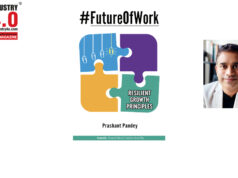 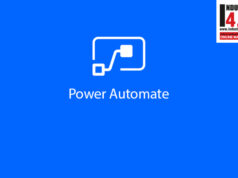 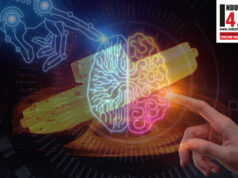 THE AFTERMATH OF COVID-19 HOW TO RESTART & GEAR UP? 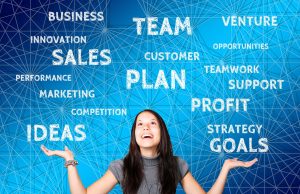 Uncategorized
Well-known brands bring the maximum amount of returns to companies that own them. Hence, brands need proper care and attention. Companies that know how...