What is a Digital Twin?
A digital twin is a virtual representation of a system or a physical product. Digital twin technology has evolved exponentially over the past few years, thanks to the development in the fields of AI, Machine Learning and IOT. Since the emergence of this technology, it has lured many especially, when Gartner announced Digital Twin as one of its top 10 strategic technology trends for 2017; stating “billions of things will be represented by digital twins, a dynamic software model of a physical thing or system”. The combination of virtual and physical worlds allow us to analyze the data and predict future possibilities, thus reducing technical or human errors, preventing downtime, simulating upcoming events and helps in developing new technology.

Working of a Digital Twin
The first step starts with specialists analyzing the physics that define the working of the physical product and use the analysis to develop a simulation in a virtual environment. The interdependency between the virtual and physical worlds is established by generating real time data with the help of sensors. These sensors gather the information of performance and conditions of the product and several hurdles it may face. As the product is improved by working on its flaws, same improvements are reflected on the twin.

The complexity or simplicity of digital twin will be dependent on how much data we use to build and update it, which will also determine the accuracy of the twin. It integrates internet of things, artificial intelligence, machine learning and software analytics to make simulation models that keep evolving as the physical counterpart is improved. Using the sensors, the digital twin constantly learns and evolves itself to represent an almost real-time twin.

In a nutshell, one can say that a digital twin is a replication software used to create a digital 3D model of the product. The model is made to run various simulations that the final product will face in the real world. Data fusion techniques such as – sensor-to-sensor, sensor-to-model and model-to-model fusion enables the flow of information from raw data to high-level understanding for the twin.

Applications of Digital Twin
These days digital twin technology is applied in many fields, be it agriculture, industry, government, or even robotics. Here are some examples:

Healthcare – Each human is produced genetically unique. That’s why around 38% to 75% of medication which is created for an average person is not too effective on an individual. But what if a medication is specifically engineered for an individual, now the disease will have a good chance of being cured. Currently human organs are being rendered into digital twins for research and with help of AI these organs can depict a specific human’s actual organs considering the parameters of that individual, thus allowing to analyze and produce the best possible cure for the disease. In this way the operators are able to test therapies on the model and find out the best therapy for that specific patient.

Aerospace – As aerospace companies focus on cutting cost on maintenance, repair and overhaul, they have started implementing digital twin, as it helps them to reduce unplanned downtime for systems and allows them to predict certain unwanted events. Companies can perform proactive maintenance to increase the availability and efficiency of aircrafts. This helps to keep aircrafts in service for longer durations, extend its lifecycle and reduce lifecycle cost.

Automotive – Automotive industry is one of the hot topics where digital twin can truly show its colours as the requirement for such technology is abundant, not only during planning phase of an automobile but from planning, production, operation and maintenance. Due to the ability to simulate real world conditions, companies can decide which materials to use, what will be the impact of using different technologies in the car/bike, analyzing the automobile in different road conditions and even testing it in
terms of performance, mileage and the safety features it provides from an end user perspective. This will improve the manufacturing quality and reduce the maintenance cost of a vehicle, as it can predict downtimes and failures.
Use Cases include: Crash testing and Performance testing of a vehicle on different road conditions.

Enablement of Digital Twin in IoT
IoT sensors are the key instruments in digital twin technology. As IoT sensors will evolve into smaller sizes and higher efficiency, digital twin can work on smaller objects. As digital twins are used substantially in industrial IoT and manufacturing, we can expect dramatic change in these industries and it has already started. Enablement of digital twin in IoT devices will allow engineers to easily troubleshoot problems in a manufacturing piece, it will allow farmers to produce better crops and construction engineers to better maintain the building and what not. According to Gartner, two thirds of companies are planning on using digital twin technology within a year to support their IoT initiatives.

Future of Digital Twin
There are many giant companies currently leveraging digital twin actively like IBM, Microsoft, Siemens, GE and there are also a lot of startups too. There seems to be a huge growth potential and the graph is assumed to go up drastically till next few years, more likely till 2025, even then it will still have prodigious potential with the digital twin environment set to grow at a rate of 37% compound annual growth rate up to 2023. The image below describes the market size till 2025 in U.S in most of the possible fields where it’s applicable. In 2014 the market size was $599.4m, it’s estimated to reach humongous $35bn by 2025.

According to prnewswire.com, up to 89% IoT platforms will be associated with digital twinning capability by 2025, digital twin will become a standard feature for IoT application enablement by 2027. If thoughts, technology and humans can reach past the sky, so can digital twin, thus shattering the “sky is the limit” stereotype. It has the capacity to make most difficult and unpredictable tasks into not too difficult and almost predictable tasks to say the least. Planning cities, digitally twinning a human or even testing new cures for deadly viruses, there isn’t much boundary to our thoughts if combined with a technology like this. And hey! If A.I actually tries to take over the world one day, we know who is going to save us by already predicting it, or will it? 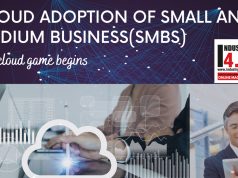 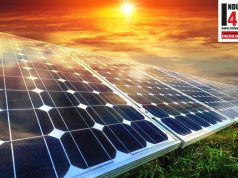 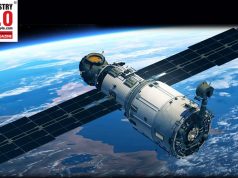 How Logistics and SCM Industry Manufactures are leaning towards Agile and... 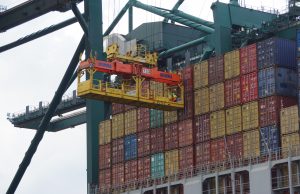 AGILE MANUFACTURING
Logistics and Supply chain management systems are the backbone of the manufacturing industry as a whole. They provide the concrete that builds the industry...

Will Industry 4.0 Ever Rule the world?